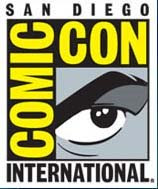 If you're planning to attend either of these shows, come by and say hello!
Posted by Steve Epting at 2:57 PM

Great to see the update here, Steve. I look forward very much to seeing you again in Charlotte. I imagine you'll have to deal with some extremely long lines again.

I'm also looking forward to the panel that you and Ed Brubaker are doing at the show.

Damnnnnnnnnnnnn.
I chose WWPhilly over this. Now I feel dumb because DC and Marvel aren't even going to Philly.

On the upside I got your cover to Cap 600 today. and yes, it's amazing as you know.

Steve - I bought Cap 600 today & my only disappointment was that you weren't doing the interiors. Your cover was incredible.

Just found your blog. Been following your stuff for a long time, and love to see the evolution, but quality remains paramount.

I just hope Marvel doesn't throw you under that "Young Guns" bus. Guys who've been working hard and paying their dues for years and doing quality stuff for years. Seems a bit disrespectful to me.

Glad you've been able to partner up with a talented writer that does your art justice as well.

Looking forward to meeting you at Heroes. Missed you by a day last year, so it'll be nice to finally say hello and thanks for all the great work.

Will you be doing any of the covers for Reborn?

Raphael - I suspect you're right about the lines. I'll look forward to seeing you again.

Jokester and Al - Sorry you guys won't be in Charlotte. Maybe next year. Have fun in Philly!

David Levack - Thanks for commenting. I appreciate it.

Rich - Sorry we missed each other last year. Look forward to seeing you.

I will def. catch wherever your going next year!

Looking forward to seeing you this weekend, Steve. Hopefully it's a little more relaxed for you this year!

Steve it was nice to meet you and chat today and cant wait to see my sketch on Saturday! Thank you for everything