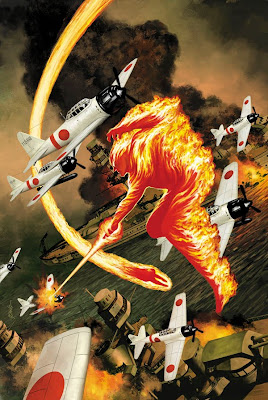 (click image to enlarge)
The final issue of THE MARVELS PROJECT comes out tomorrow, wrapping up the eight issue mini series. I had a great time working on the book and will miss drawing all those Nazis. In the meantime, I'm at work on my new project for Marvel, which should be announced soon. Have a great week everybody!

Click here for a preview of THE MARVELS PROJECT #8.
Posted by Steve Epting at 2:03 PM 11 comments: 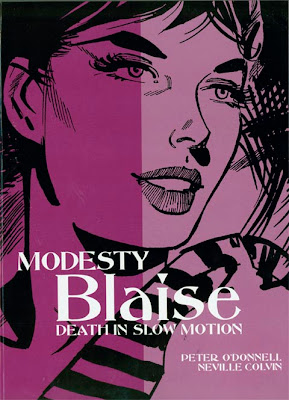 I hate having to break this news now, of all times, but the 17th volume of Modesty Blaise reprints - Death in Slow Motion - is now out from Titan Books and I'm thrilled to say I contributed an article and some artwork. The book features three complete stories: The Balloonatic, The Alternative Man, and Death in Slow Motion, which was the first Modesty Blaise story I ever read. For this volume I wrote an article about Modesty Blaise artist Neville Colvin and contributed an inked drawing of Modesty and Willie Garvin. This is a thrill for me because I've been a huge fan of the strip ever since I first read that story over 25 years ago, and in the time since I've managed to read every strip and every novel - all of which were written by the great Peter O'Donnell. 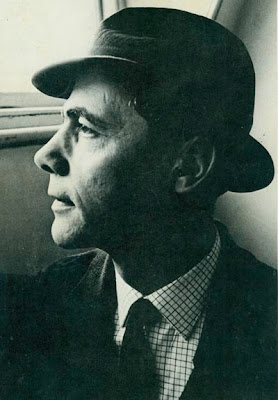 Which brings me to the terrible news - Peter passed away over the weekend at the age of 90. Ellie Graham at Titan Books broke the news today:

“Titan Books is hugely saddened to report the passing of writer Peter O’Donnell, who died over the Bank Holiday weekend at the age of 90. “Peter O’Donnell was respected as one of the greatest writers in the comics medium today and had a devout following amongst comics professionals and fans alike”, says Titan’s Managing Director, Nick Landau. “I am honoured to have known him – and published his greatest creations, Modesty Blaise and Willie Garvin – for almost 40 years.” Born in South London in 1920, O’Donnell had a long and illustrious career, the highlight of which was his creation of classic crime character ‘Modesty Blaise’. The smart and sassy comic strip ran daily in the Evening Standard newspaper during the 1960s. O’Donnell retired from writing in 2001, but had continued to oversee Titan’s release of more than a dozen Modesty Blaise collections, contributing introductions and commentaries to his classic stories.“

O'Donnell wrote Modesty's daily strip adventures from 1963 to 2001, and also penned a series of 13 novels and short story collections beginning in 1965. If you've never read Modesty Blaise, I highly recommend it, particularly the first 7 years or so of the strip which were drawn by the incomparable Jim Holdaway. I place these as my all time favorite adventure strip, even edging out Prince Valiant and Terry and the Pirates. In the words of Chuck Dixon - "O'Donnell is in a very, very small club of writers who were masters of writing clear, concise, compelling action." I believe Titan has 4 volumes scheduled to come out this year (in addition to the 16 already published), and for my money you can't go wrong with any of them. 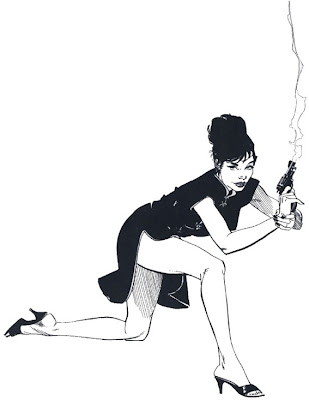