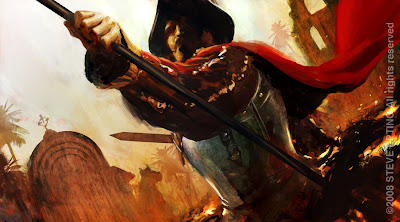 (click image to enlarge)
I found this on my hard drive while looking for something new to post. I don't think I've ever put this one up on the blog. I remember doing this one afternoon - probably spent 2-3 hours on it. Done in Photoshop CS3.
Posted by Steve Epting at 6:15 PM 5 comments: 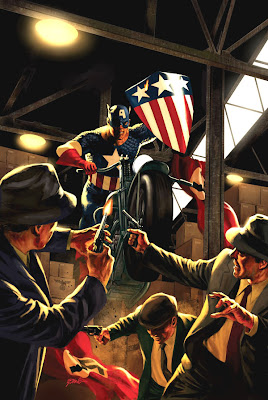 Previews of Marvel's solicitations for January 2010 have started to appear, and included is The Marvels Project #5. Here's what's going down in a few short months:

THE MARVELS PROJECT #5 (of 8)
Written by ED BRUBAKER
Pencils & Cover by STEVE EPTING
Cover by STEVE MCNIVEN
Variant Cover by GERALD PAREL
Marvel's ORIGIN story continues! Out of the ashes of the Project: Rebirth comes America's first Super-Soldier -- Captain America! Witness the first mission of Cap in New York...as Namor stalks the city streets and the Angel finds the hero killer he's been searching for. By the award-winning team of Ed Brubaker and Steve Epting.
32 PGS./Rated T+ ...$3.99


Once again trying to emulate the feel of the old pulp cover paintings.
Love that triangular shield!
Posted by Steve Epting at 3:14 PM 7 comments: 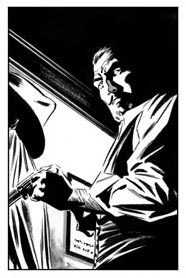 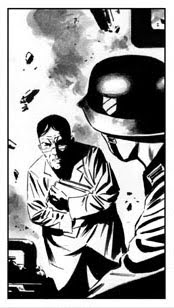 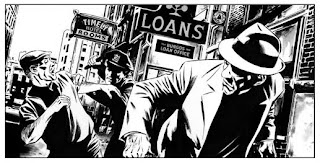 (click images to enlarge)
A few preview panels from The Marvels Project #3 - due in stores today!
Posted by Steve Epting at 1:10 AM 4 comments:

If you use iGoogle, you are no doubt aware that a wide variety of themes are available to dress up and customize your iGoogle homepage. Marvel has joined in offering several comic related themes including Iron Man, Hulk, Spider Woman, and of course, Captain America. The Captain America theme has 3 rotating headers, taken from the original series covers I drew:

(click image to enlarge)
According to the Captain America theme page, it currently has 30,563 users. Very cool.
Posted by Steve Epting at 5:59 PM 2 comments: