(click image to enlarge)
Preview solicitations are out for August 2009 featuring The Marvels Project #1. Here's how Marvel describes the issue:

THE MARVELS PROJECT #1 (of 8)
Written by ED BRUBAKER
Pencils & Cover by STEVE EPTING
Variant Cover by GERALD PAREL
70th Anniversary Party Variant by PHIL JIMENEZ
The centerpiece of Marvel's 70th Anniversary celebration! Who is the mysterious old man who lies on his deathbed in a hospital in 1939, and how does his passing mark the beginning of the first heroic age of the Marvel Universe — and signal the rise of the superhumans? Ed Brubaker and Steve Epting unveil the defining story of the origin of the Marvel Universe, revealing the hidden connections that unite the earliest costumed champions, and whose reverberations are felt dramatically into the present day! It’s a world on the brink of war, and the race is on to create the world's first super-soldier! Witness the first days of the Human Torch, the Sub-Mariner, and many more-- how they shaped the world to come, and how the future they would create in turn shaped them! The must-read event of the season for any Marvel fan from the Award-Winning creators who redefined Captain America for the modern audience!
32 PGS./Cardstock Cover/Parental Advisory ...$3.99

Lots of texture overlays and some different painting techniques this time around, resulting in a slightly different look than the Captain America covers (at least I think so). I wish I had more time to experiment, but the ever present deadlines are relentless, as always.
Posted by Steve Epting at 8:49 PM 21 comments:

Something a little different this time - a logo I did for a friend's band: 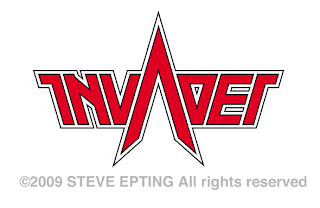 and here are a few shots of the logo in "action": 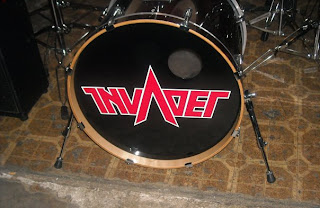 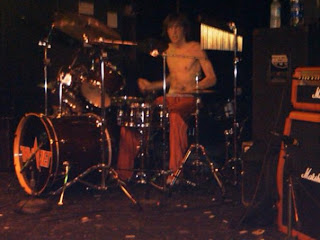 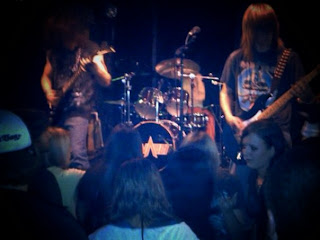 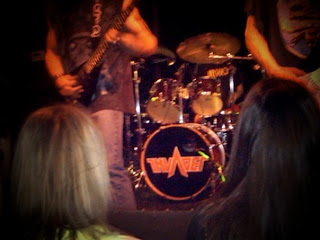 I have a background in graphic design, but haven't done much of it in the comics industry. I did however, create the logo for one of the books I worked on. Anyone care to take a guess?
Posted by Steve Epting at 1:45 PM 10 comments: