Marvel's March 2008 solicitations are out, including Captain America #36. Here's how Marvel describes the issue:

CAPTAIN AMERICA #36
Written by ED BRUBAKER
Penciled by STEVE EPTING & BUTCH GUICE
Cover by STEVE EPTING
THE SECOND ACT OF THE DEATH OF CAPTAIN AMERICA COMES TO ITS SHOCKING CONCLUSION!
The new Captain America fights the Red Skull's minions with Black Widow at his side and chaos erupting all around them! Meanwhile, Sharon Carter, still under the control of Dr. Faustus, makes a horrifying discovery about the next stage of the Skull's plans! By Eisner and Harvey Award-Winning Best Writer Ed Brubaker with art by master storytellers Steve Epting and Butch Guice.
32 PGS./Rated T+ …$2.99

I did another montage for this cover, and though I think there was some potential for a decent cover in the rough, I'm afraid I didn't quite pull it all together in the final version. 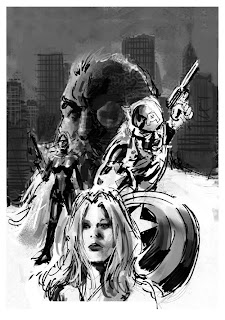 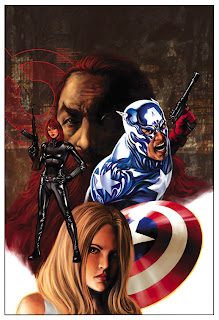 The image above is the finished version of the cover. Unfortunately, the cover being used for the online solicitations is an earlier, unfinished version that was rushed out for the catalogue.
Posted by Steve Epting at 2:22 PM 9 comments:

A few random panels from the upcoming Captain America #33. Inks by Butch Guice - 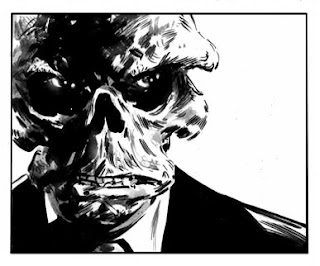 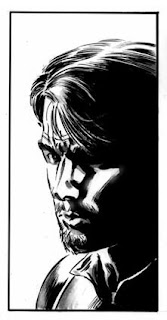 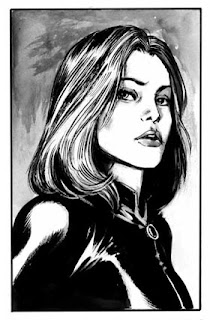