Last Wednesday Newsarama ran an interview with me about my work on Captain America. It can be read here. 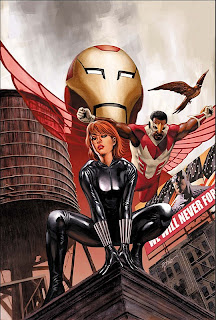 I'll try to post something a little more current next time.
Posted by Steve Epting at 9:40 AM 5 comments: 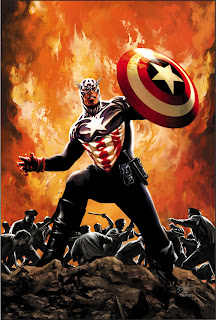 (click image to enlarge)
It's that time again - Marvel's solicitations for Februaray '08 are up, and Captain America #35 is among them. Here's how Marvel describes the issue:

CAPTAIN AMERICA #35
Written by ED BRUBAKER
Penciled by STEVE EPTING & BUTCH GUICE
Cover by STEVE EPTING
THE NEW CAPTAIN AMERICA FIGHTS FOR THE HEART OF HIS COUNTRY IN A CITY GONE INSANE!
Last issue was just the tip of the iceberg, as the Red Skull's master plan kicks into motion, and chaos begins to take hold of the US, with only one man to stand in its way, but is he up to the task? By Harvey and Eisner Award-Winning Best Writer Ed Brubaker with art by master storytellers Steve Epting and Butch Guice!
32 PGS./Rated T+…$2.99

You may notice a new name in the credits. Butch Guice will be inking the next several issues, starting with #32, which comes out tomorrow. Butch and I have been wanting to work together since our days at Crossgen. Here's a little sneak peek at some random panels from issue #32 to give you an idea what the collaboration looks like - 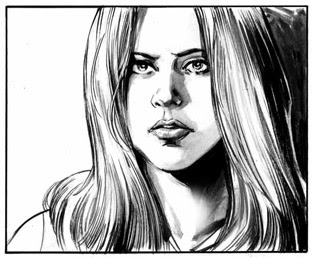 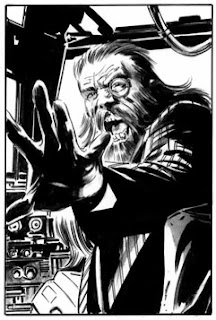 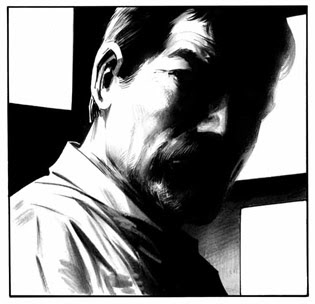 Return of the Hunter 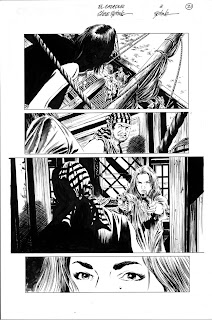 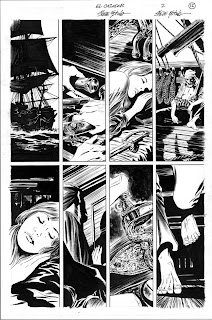 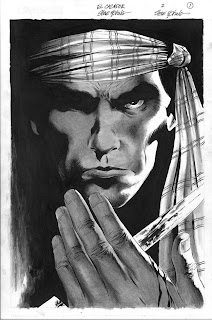 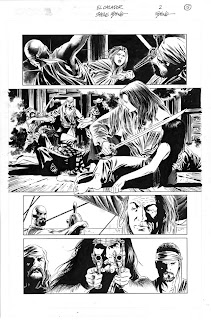 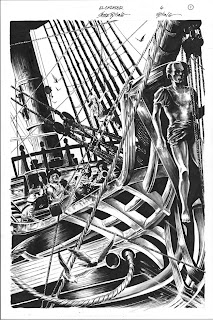 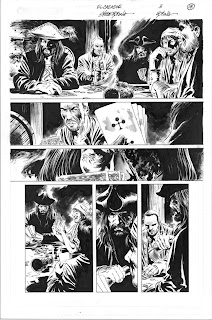 I finally got a copy of the El Cazador trade paperback that came out a few weeks ago. It's nice to have a collection of the series, since Crossgen folded before the first trade could come out. I remember having lunch with Chuck Dixon one day right after he arrived at Crossgen to discuss the future of Crux (the book I was drawing at the time, and which Chuck would be taking over as writer), and Chuck said his plans were to "ride it out for another year and then you and I will do a pirate book". And though it was not in any way as easy as it sounds, that is exactly what happened. I think I may have enjoyed working on this book more than anything else I've done in comics, and I wish that this type of book could actually be a litte more viable in today's comic market.
Posted by Steve Epting at 4:40 PM 6 comments:

(click image to enlarge)
Quickly roughed in panel from an upcoming issue of Captain America. The title of this post is borrowed from the cover copy of Captain America #177 (which coincidentally also features the phrase "Captain America is no more!").
Posted by Steve Epting at 5:29 PM No comments: