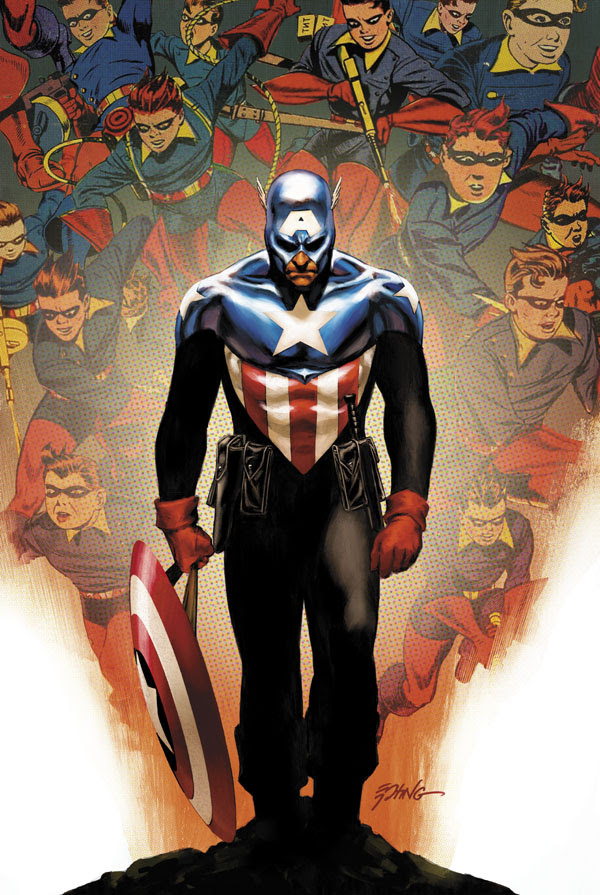 (click image to enlarge)
Better late than never (or so I'm told) - here is the cover to Captain America #50. What will you find inside? Here's what Marvel's solicitations have to say on the subject:

CAPTAIN AMERICA #50
Written by ED BRUBAKER
Pencils by LUKE ROSS
Cover by STEVE EPTING
Bucky Barnes, another man out of time, is the new Captain America now...but today he's trapped in the past, because today is Bucky Barnes' birthday. See Bucky's favorite and least favorite birthdays - from the cold winters of the Depression on military bases, to the front lines of WW2 fighting alongside the Invaders, to his new mission as Cap. Oh yeah, and someone's trying to kill him. By Ed Brubaker and Luke Ross.
48 PGS./Rated T+ ...$3.99

This, and the rest of Marvel's product for the month of May 2009 can be found here.
Posted by Steve Epting at 9:50 PM 13 comments:

I know you're all waiting breathlessly for the cover process step-by-step I promised, and though I am working on it, it's not done yet. So in the meantime here's another old concept painting I did that is either Sherlock Holmes or Simon Archard (or maybe a little bit of both) - 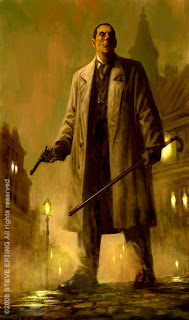