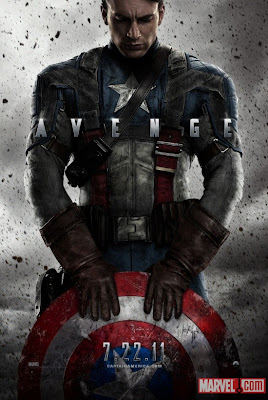 The first poster for the upcoming Captain America movie has been released and it bears at least some resemblance (even down to the color scheme) to a cover I drew several years ago: 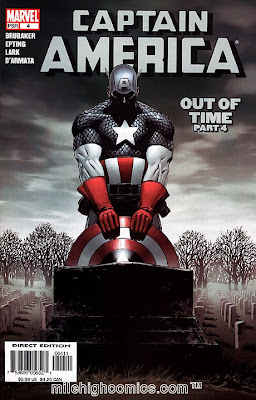 I don't know if the poster was inspired by the cover to Captain America #4 or if it's just a coincidence, but at least some of the concept art appears to have been based on drawings I did during the course of my run on Cap (see below), so it's likely that it may have been the inspiration. Either way, I think the poster looks great and am looking forward to the movie! 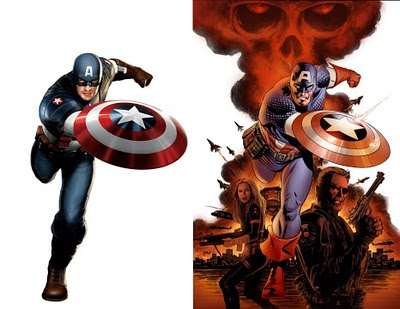 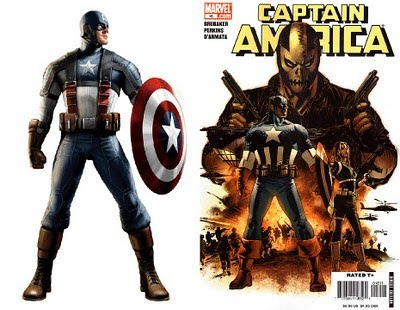