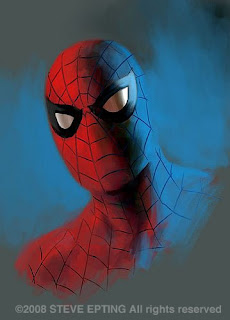 I never met Dave, and I don't have any funny or interesting stories to tell about him, but I loved Rocketeer. I loved the pulp inspired sensibilities and the ultra cool avaitor's outfit topped off with an Art Deco inspired streamlined helmet. I loved the criminally underrated movie that had a perfect cast. I loved the image of the Rocketeer atop the observatory with a Mauser in his hand (that he'd just taken from a KO'd Nazi naturally), American flag waving behind him. It felt to me like a character that had been around for decades, right along with the Phantom, the Shadow, Tarzan, and the Lone Ranger - an instant classic.

It's quite a tribute to Dave Stevens' talent that a character who only appeared in a handful of comics (five? six?) had such an impact, at least among comics fans. I know the general public probably couldn't pick the Rocketeer out of a line up, but he endures as an icon in the comics universe as far as I'm concerned. Even as I type this I can see the 3" high Rocketeer figure that has stood on one of my bookshelves the last 15 or so years - standing guard with his hands on his hips.

Click here to read a nice remembrance of Dave.
Posted by Steve Epting at 5:47 PM 14 comments: 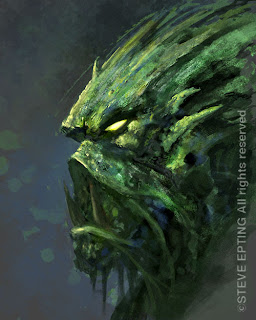